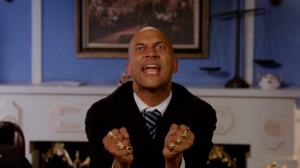 So the Bourbon Barrel Aged Sunny Side Up was quite a hit. The first day it sold out. 300 gallons sold out in seven hours.  Albert Kominski ran out of Crowlers. It was a little “cray-cray” as the kids like to say.

After getting the hook up on some more Crowlers from ZerØday, day two was shaping up to be another busy one.

BBA Sunny Side Up was tapping at 4 pm and people were queued up for it; rightfully so.

I was happy for Al.  It was a resounding success.

Success means more beer. If he can sell it this fast the first time out the gate then it will mean another chance some other day.

Of course the craft beer community is fraught with people that are NEVER happy.

An Instagram user mad3air immediately commented “Drove 2 hours only to find this when I got here. If you had told me bring my own, I would have. Terrible practice.”

I slammed mad3air and so did a number of others. He had it coming.

A quick search of BeerAdvocate.com shows that the forums were busy with users posting “ISO BSSU Pizza Boy Crowler” or similar calls looking to make trades.  One guy appeared to even be offering Canadian Breakfast Stout in a trade.

The demand was impressive and the word through social media was out. BBA Sunny Side Up was good and going fast. Who could have known?

On Instagram Al responded: “No beer we have ever sold from ANY brewer has sold more than 2 ½ kegs in a day. We could [have] never prepared for this, ever.”

But my point is this… Some craft beer drinkers have an entitlement problem. I discussed this previously regarding the costly price of craft beer. But from a different perspective I see another problem, entitlement to the product.

The part of mad3air’s post that bothered me was “Terrible practice.” It was an insult to the business and the business practices of a well-regarded brewer and proprietor.  It is clear that mad3air thinks Al owed him something before he even crossed the threshold of the establishment.

Similar attitudes are expressed online when discussing distribution decisions. People slamming a brewery for not distributing to a certain region or not expanding fast enough to keep up with demand of a specific product.

No one promised you anything. Beers sell out. Demand exceeds supply. Get over it. Luckily, there are literally thousands and thousands of other good and great beers to take its place; order something else. The entitlement is grating and makes you look silly.

Finally, before signing off this post it must be noted the Al did offer to go above and beyond and was more than willing to help where he could saying to mad3air “Next time message me personally, I would find a growler for you if it’s possible.”

That is a good practice and shows the willingness Al has to honor the customer… even if they don’t deserve it.

Update: Al gave mad3air his personal growler of beer that he was going to take home. Now that is going above and beyond.

2 thoughts on “Entitled Beer Drinkers Need to Get a Grip”