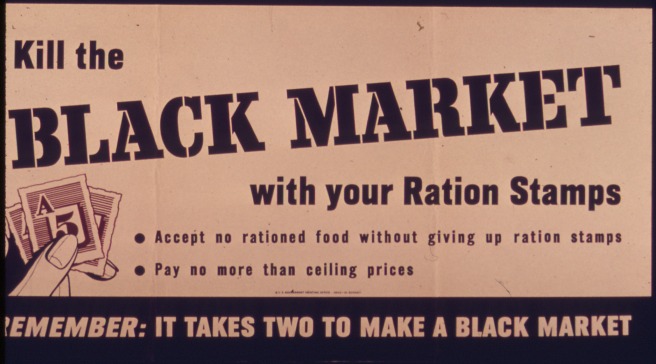 Two points that are the sides of the same coin:

There is a reckoning coming for some Craft Beer drinkers and it is going to come painfully.

These points are as true as they are inevitable.

First the craft beer investor. He picks up 12 bottles of a very limited fruit beer sour expecting them to be the new hotness on the trading forums and then oh… look at that, no one wanted them. Now he is stuck with all these very expensive bottles of beer that he can’t unload. He dropped a couple hundred bucks on these bottles expecting to flip them and make a quick buck and then there was no market. What does he then do? He goes on social media and blasts the beer, the brewer and screams “drain pour” into all the forums. It’s low rent and is bad for Craft Beer all around.

Beer is an investment in yourself and your personal enjoyment. It is an investment in the enjoyment of your friends and the time you spend sharing a great beer with them. Beers are not for flipping like scalpers with Taylor Swift tickets. Even then scalpers know the risk. Sometimes the market goes soft, sometimes it rains and no one wants to go. If the buyers don’t want all the beer you bought, it is not the brewer’s fault. Don’t ask for a refund. That is pathetic. You should be ashamed of yourself.

If you are treating beer like an investment that is a mistreatment of the product. It is meant for consumption and sharing, not speculation. If you are buying and speculating on beer futures I sincerely hope the market goes flat on you. You deserve it.

The other half of this two-sided coin is the forums where these trades occur. Facebook apparently is the dominant market as it has private closed groups. There are plenty of other forums for beer swaps but Facebook appears, at least anecdotally, to be the most prevalent. Let us be clear… They are not a safe haven. There is no safe haven in any digital space. Facebook will not protect your illegal activity. These private groups have hundreds or thousands of traders. In the end… you don’t know them, they don’t know you, and they are not your friends.

At some point, the PLCB, or another state’s liquor control office, is going to awaken to this concept. It would be very hard for me to actually believe that they have not already. Bootlegging is an old art. Digital message boards and now Facebook are not going to suddenly make all this permissible. Who hasn’t bought a couple bottle of sales tax free wine or liquor and slung it back from Delaware to PA? But running cases and cases of beer across state lines without paying the proper tax is an illegal activity.

I can hear some readers now: “Yeah, but the PLCB does not care about a few tax dollars on only a couple cases of beer.” This can be reasonably considered yet…

The Pennsylvania Liquor Control Board (PLCB) is a regulatory and control mechanism. Control is right there in the name. PLCB’s purposes is to regulate and control the distribution and by extension the consumption of alcohol within the state of Pennsylvania. Many other states have a similar agency. A review of the PLCB About page shows that their primary objective is to regulate and control “the manufacture, importation, sale, distribution, and disposition of liquor, alcohol, and malt or brewed beverages in the commonwealth.” It is only after scrolling through multiple paragraphs about control and regulation that we get to the revenue generated for the Commonwealth’s coffers. Revenue generation is a secondary purpose.

Back to the instant matter… The PLCB even has a very specific FAQ addressing the “May a friend bring a case of beer for me from California when he comes to visit me?” question. You can click the link but in summary:  No… unless they apply for a Direct Malt or Brewed Beverage Shipper (DBS) License, pay $250, and jump through a bunch of hoops.

And in case you were wondering… Transporting and selling beer without a DBS License is a second-degree misdemeanor and is subject to a fine of $4 per fluid ounce for each container on premises where the sale is made.  Meaning that if you pull this in your driveway, that beer cellar you have have been building for the last six-plus years just got really, really expensive.

It is not unreasonable to state that if you are buying and selling cases and cases of very highly sought after beer that you cannot assume you will not eventually catch the eye of the people whose job it is to regulate that which you are ignoring, booze and the laws that are meant to control it.

Brewers and distributors pay thousands and in some cases hundreds of thousands of dollars in fees and taxes to be legitimate. They operate in a regulated industry. Some could argue that it is highly regulated. If I was a brewer or a distributor and I looked over all the money I paid out, all the paper I filed and I must continue to file, the litany of bureaucratic hoops I am required the jump through… and then saw people slinging beers in papers bags with a massive markup I would wonder “For what is all this regulation actually being used?”

To think that this party is not going to get crashed is naive.

I don’t have exactly clean hands here. I have bought beer on the black market. I will likely do it again. But, I have never resold my beer for a markup. I have never profited from a beer I have bought and handed to someone else. I have traded beers with some close friends. This wasn’t flipping whales, they are friends. I have gifted many, many bottles of beer and I am much happier with those exchanges.

The PLCB is a tax agency. Taxes are social engineering and policy designed to regulate and control that on which they collect. We can discuss whether they should exist or should be controlling alcohol but that is an alternate discussion. This post is about what actually exists. I would love nothing more than to see the PLCB be shrunk from being the leviathan that it is.

If you want to yell at me in the comments or on Twitter about how the PLCB is evil that is fine but this is not a defense of the agency or what it does.