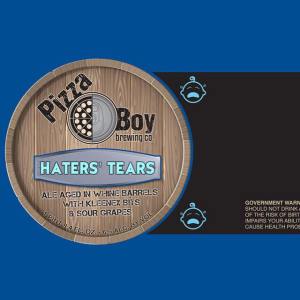 Recently the cost of beer has been an interesting subject.  First, Thrillist.com had a long story about the impending craft beer war. The point here being that price will be where the various craft brewers compete in the near future.  This would inherently drive the cost down on many beers.  Some brewers are already producing on the razors edge economically and others are pushing for rapid expansion to achieve the very real economies of scale.  There is a coming bloodbath.  Anyone that follows the industry closely knows it.  There is a bubble.  It will burst someday.

Earlier this week Drunkspin’s Will Gordon pondered the price of beer at length and never really came to an answer other than “Is all beer overpriced?”

The next day, Albert Kominski took to Instagram, Facebook and Twitter to defend selling 750mL bottles of barrel aged sours for $33 apiece.  His response was lengthy by social media standards but cogent at the same time.

Over the years I have spoken with Al far more than any other brewer I know.  He is always quick to greet me when he sees me in his establishment and gives me a few minutes of his clearly busy schedule to discuss what I am having and what else on the big board is worth picking up for my next draft.  I say this to mean that as far as I can tell, Al gives a damn about his customers and always has.

In my opinion, Al has exceptional taste when it comes to curating his offerings, brewing beer, and together with Terry Hawbaker has been delivering very high quality beer.  Al has been doing this well enough and for long enough to have an exceptional resume and a trusted responsibility to his customers.

So when Al sells a beer for $33 bucks a pop it’s because in his mind it’s worth it and/or he needs to charge that amount.  Is it costly?  Yes it is.  Is it expensive?  Not necessarily.  Keep in mind that those two things, costly and expensive, are not the same. (Please check out that link… I can’t say it better.) These beers, as Al pointed out in the above and here provided links, are costly to develop.  That does not necessarily make them expensive.

Do I wince at $33 a bottle?  Sure… but I also don’t tell other people how to spend their money.  Which as far as I can tell is where the debate started.  Al took exception to a patron telling others that the beer was overpriced.  He was right to do so.

The Internet flame war that ensued was typical.  It was also mostly BS being thrown around.

Making beer is hard work.  Making exceptional beer is both hard work and costly.  Making exceptional, barrel aged, small batch, sour beers with hundreds of pounds of fruit and literally years of work is a serious and costly endeavor that can go belly up for reasons that are not completely under the control of the brewer.  There is risk.  The risk can be great.  The investment in money and time is real.

So when I see a $33 bottle of beer do I wince?  Yes, I wince at the thought of how much work and money must have gone into just 750mL of beer.

Post Script: I think what Al is doing by going up market, dramatically so, is skating to where the puck is going to be, not where it has been.  Down market is a losing proposition and is already owned by huge corporate interest.  The economies of scales of SABMiller and InBev cannot be matched.  So why go there?  The only place it go it up.  Way up. This is the fundamental concept behind disruption from above and is a guiding principle of the craft brewing industry. There is a market at the top and selling artfully crafted rare and costly beer is the way to develop a hopefully safe space when the impending bloodbath ensues.